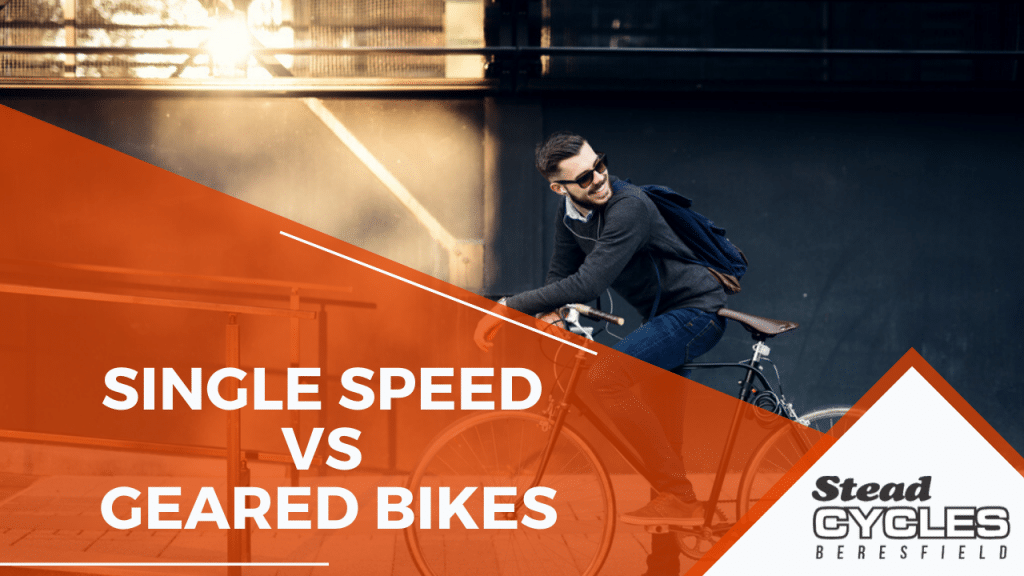 Most cyclists argue over which type of bike gears are the best between single-speed bikes and geared bikes. Each has their own benefits and drawbacks. That is why, in actuality, choosing between single-speed vs. geared bikes boils down to a matter of personal preference.  To better understand the differences between the two, let us first describe them in detail. 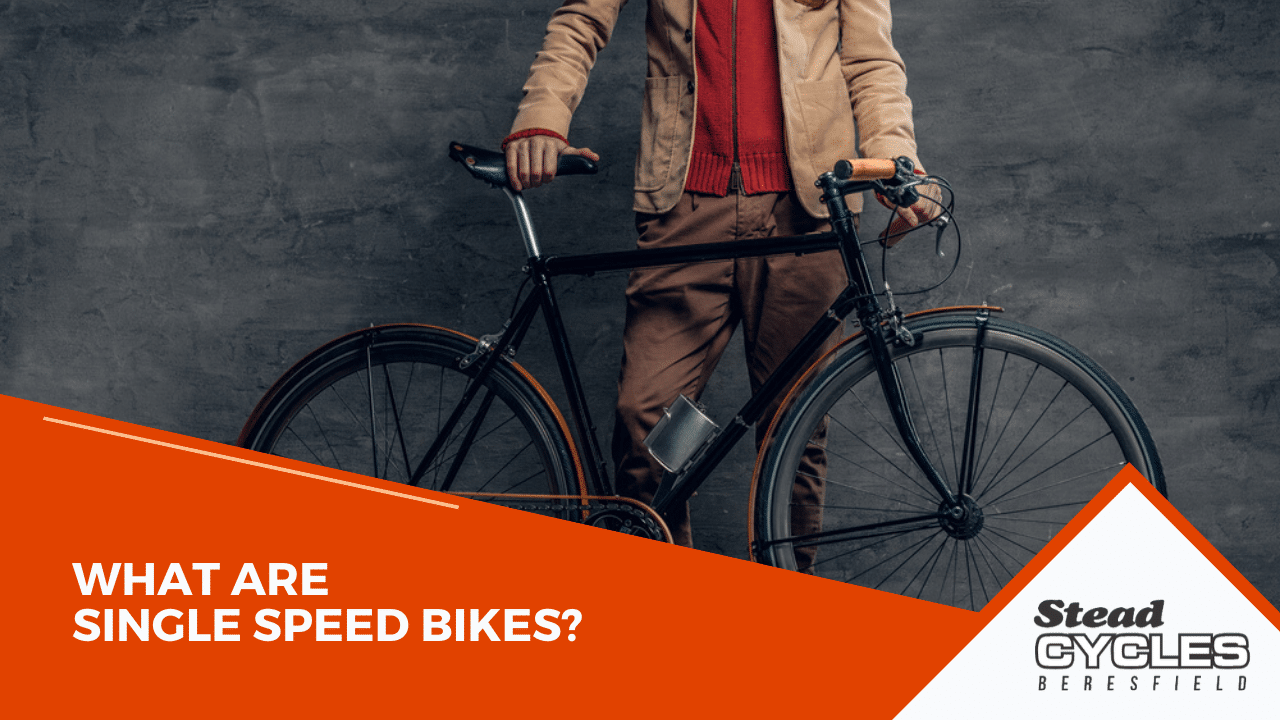 What are single-speed bikes?

Single-speed bikes are simply bikes with a single gear. They do not have additional gears that change the gear ratio of your bike. Because of this, they run on a freewheel mechanism. That allows the cyclist to coast or free-roll without the need to pedal the bike. Many types of bikes, such as BMX bicycles, cruiser-type bicycles, and even classic commuter bicycles, utilise this gear. Typically, they either have a 44/16 or a 46/16 gear ratio: 44 or 46 teeth in the chain ring, and 16 on the rear cog. What are geared bikes?

Just like how we shift gears in cars, we can do the same in bikes with multiple gears. By shifting the gears, the cyclist can adjust the rate at which he or she pedals. This feature greatly enhances the efficiency and comfort of riding in all types of terrain.

Pros and cons of single-speed vs. geared bikes

We have described the types of gears individually. It should be clear by now that they have their own unique features which makes them stand out over the other. That, however, is not enough if we want to know which one is the best for you. Further understanding of their benefits and drawbacks is necessary to find your most ideal bike gear. Here are the advantages, as well as the disadvantages of single-speed bikes and geared bikes.

Single-speed bikes, having only a simple gear operating on a simple mechanism, are cheaper than geared bikes. Moreover, these bikes use fewer components and parts compared to geared bikes. Because of this, there are not as many parts to break and wear out. For this type, you will spend less on repairs and replacement parts in the long run.

Single-speed bikes also require less effort to keep them in good operating order. They do not have complicated gear mechanisms that require frequent lubrication and maintenance. Likewise, you would not need to realign or readjust them often. All you have to do is check your brakes, tyres, and chains occasionally to ensure they are in good condition.

Single-speed bikes are the better option if you choose to exercise and be fit. These bikes require more effort to ride, especially in rough terrain. Unlike geared bikes that allow you to change gears to accommodate the uneven tracks, single-speed bikes will pose a tougher challenge.

On the other hand, single-speed bikes can be limited in what they can do. They cannot be pedalled efficiently due to their single gearing range. That makes it harder for cyclists to manoeuvre around tough terrains. After all, the benefits of getting more exercise would be negated if you feel extremely exhausted during the ride. Thus, single-speed bikes are less versatile than their geared counterparts.

The best thing about geared bikes is that they are more efficient, versatile, and comfortable to use. With the additional features of a hub or derailleur gear, cyclists can shift the gears at will. It makes it easier for the cyclist to both go uphill and to increase speed on even roads.

Due to this efficiency, riding geared bikes allows you to exert less effort when compared to single-speed bikes. After all, not everyone is buff enough to ride on difficult pathways. Because the gear systems increase the rotations of the tyres, you can now cycle without breaking a sweat!

Moreover, geared bikes are the best way to go if you’re looking at experiencing the fastest bicycle ride you can have. Again, thanks to their ability to shift gears, geared bikes allow you to go faster than single-speed bikes. Truly, geared bikes cover all of the bases and can handle any terrain and any speed.

Despite this, geared bikes have their drawbacks. For one, the multiple gear mechanisms require more frequent lubrication, repairs, and even replacements. Thus, they cost more to maintain and to keep running. These bikes have more intricate parts where damage on a single gear can affect the entire bike. Get to know more about these bike parts from this link.

As they come with more parts, they are also generally heavier than single-speed bikes. That being said, they are harder to manoeuvre and would take more space in storage.

Also, the multiple gears, if left unmaintained, even for a short while, can become noisy. You will rarely see this on a single-speed bike. To avoid this minor inconvenience, you need to give your bike regular maintenance. 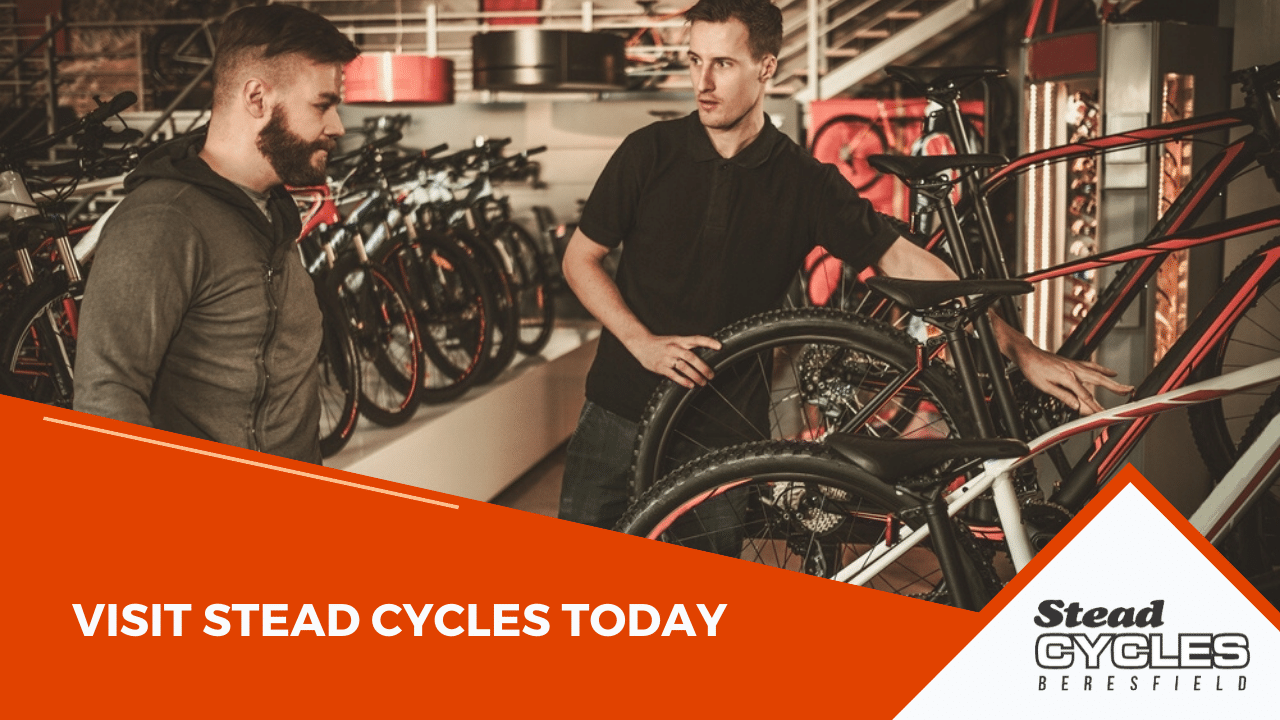 Which bike should I buy?

We have discussed all the advantages and disadvantages of choosing either single-speed and geared varieties. Thus, choosing one that suits you will not only be a matter of preference, but will also be based on your lifestyle.

Are you riding a bike to get physically fit, to seek the thrill of climbing uphill or travelling at speed? Would you prefer a bike that is simple yet easy to maintain or one that’s more versatile even though it needs more attention? Would you like one that is lightweight and easier to store, or one that’s more durable even if it weighs more?

Single-speed vs. geared bikes, get them at Stead Cycles!

Single-speed vs. geared bikes: no matter what kind of gear you prefer on your bike, we have everything for you! Stead Cycles are a family-owned company of skilled bike experts. For nearly a century, we have been the leading provider of high-quality bikes all across Australia.

Call us now on 4966 2141 for great advice about your next bicycle purchase. We also recommend you visit our Beresfield store to see our wide range of bikes and accessories from top suppliers. If we don’t have the bike you want, we’ll try our best to get it for you. Get in touch with us today!